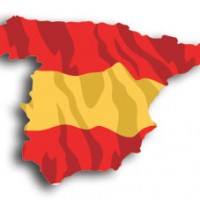 According to the Spanish government’s home affairs and administration ministry, Spain’s online gambling regulator, Enrique Alejo, will issue online gambling licenses to eligible applicants by June 1, 2012.   While the initial deadline was for April, 2012, this deadline had to be moved up due to a large amount of applications (reportedly over 59), and litigation from internet gambling operators, such as Codere.

In addition to this announcement, the Spanish government also has said that once the licenses are issued, online gambling services can start right away, with the exception of in-play betting which will be on hold for the time being.

However, there is a lot of speculation from applicants that Spain’s online gambling regulator won’t be able to meet the new June deadline, as it is still believed that Alejo will require more time.  Furthermore, another factor that has applicants worried are the several court cases that are currently in progress involving online gambling operators.  Only time will tell if the deadline will be met.