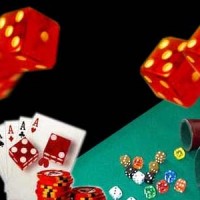 Talk in That Casino Slang

Every establishment and gaming industry has its own special terms. Terms that are used to describe certain things without letting the rest of the world know what you just talked about. These terms also give a powerful feeling to the so-called insider who knows what is being talked about in a specific jargon. Casinos have something very special about them and it is not only the dark nature or the money, but also the casino slang that not many people are familiar with. Learn here how to understand casino slang and how to use it for your own advantage.

Most of the Casino slang is targeted at describing people and their gambling habits, such as winners, losers or people who do not tip enough. One of the most common terms that you will hear in Casino slang is the “whale.” A whale is a gambler who is very wealthy and loses millions of dollars in one night. These people can actually afford to lose that much. A term in casino slang used for somebody who is too stingy to tip even though he is winning is a “stiffy.” The opposite of a stiffy in casino slang is a “George,” which is someone who tips generously.

A casino guest who chases after the losses the guest made is called steamer in Casino slang. Steamers are often addicted to gambling and think that they can always win back what they have lost, and the only way to do it is to roll high. It is important that every player should give a “toke” to the dealers no matter if the player won or lost. A “toke” in casino slang is a tip or token of gratitude. Something that the casino and the player should avoid are so-called crossroads. A crossroad in Casino slang is a cheat or a cheating player. This will be punished by the casino severely so you should better watch out.

There are also other casino terminology used for certain table games such as Baccarat, Roulette, Blackjack, Craps and Poker. A so-called “boat” is Casino slang for a full house in the game of Poker. You wouldn’t also want to come across a Jammer while playing Craps, because a Jammer in Casino slang is a slow and lousy Craps dealer. Something you should also never do is to cap in any table game because this means that you illegally add money to an existing bet without the others knowing it. Capping also falls within the Casino slang of crossroads.

There are plenty more of terms within the realm of Casino slang that you can learn, but it is also best to experience it yourself by playing in casinos. Remember not to aim for a stiffy and always to give a toke to the dealers before you leave and refrain from getting into crossroads.