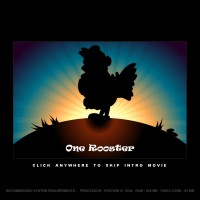 The first slot game at Mummys Gold Online Casino with high payouts at the beginning of 2012 has been Rhyming Reels Queen of Hearts with a win of £2,015 on January 1st. On the 2nd of January the same game registered two more high payouts, of $1,801 and $1,576.

Launched in February 2011 on Valentine’s Day, the game is based on the popular children’s rhyme. It was expected that more games would follow this theme, but none so far.

The symbols in the game are taken from the children’s rhyme and only the sexy waitresses are an extra. The free spin bonus which is the only feature of the game has a high payout. Wild symbols appear stacked on the reels and double the payouts independently.

Players at Mummy Gold Online Casino seem to enjoy women related slots as well. The three popular titles at the beginning of this year are Agent Jane Blond, Lucky Witch and Lady of the Orient.

Mummys Gold casino is powered by Microgaming and licensed by the Lotteries and Gaming Authority of Malta.