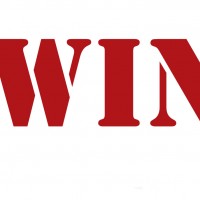 A lucky player won over $50,000 on Fruit Fiesta’s progressive jackpot.

A player called ‘JR’ won $50,549 on five-reel, 15 payline slot, Fruit Fiesta, only two days after she began playing at MapleCasino.ca with an initial $200 deposit.

“On behalf of MapleCasino.ca, I would like to congratulate ‘JR’ on her outstanding win,” said mapleCasino.ca representative, Charlotte Jackson.

“It’s always great when a player wins big but to win a jackpot prize on her second day of playing with a small starting deposit of $200 is really fantastic. It just goes to show that anybody could win at any time”

“This news boosts the morale of players and proves that winning is always possible,” read a statement from MapleCasino.ca.

Fruit Fiesta boasts wild and scatter symbols that substitute for other icons on certain paylines to increase winning chances. To qualify for the progressive jackpot, players must place the maximum bet of fifteen coins per spin. The jackpot is awarded for five Fruit Fiesta symbols on the enabled payline.

MapleCasino.ca is powered by Microgaming and licensed in Malta. It is a member of Vegas Partner Lounge.