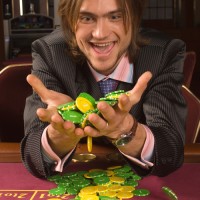 NeoGames is releasing the first ever instant win game based on the award winning television show.

NeoGames is launching a new instant win game based on The Bold and the Beautiful and featuring images of the show’s cast.

Up to $200,000 can be won on the game simply by matching two identical images.

To celebrate the launch, one lucky player will win a trip to Los Angeles to visit the set of the show, watch filming and see the famous cast.

Both NeoGames and BBL Distribution Inc. expressed excitement about the deal.

According to BBL’s VP of International Operations Anthony Ferrari, “It made sense to team up with NeoGames, the pioneer and leader of the instant win gaming market.”

NeoGames MD Shay Bar-Joseph said, “Working with an esteemed name like The Bold and the Beautiful is a great chance to bring a recognizable face associated with a great game to our players.”

Mr Bar-Joseph said this is the first step in NeoGames’ plan to partner with several worldwide brands to develop more instant win games.