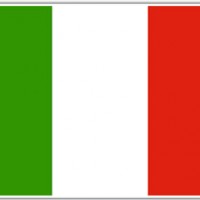 So far, in the month of December, there have been an impressive number of Italian players who have scored huge wins at Casino Tropez.  As a result, this Playtech-powered online casino has certainly made many players from Italy very happy during the holiday season.

On December 12, the first two notable winners from Italy were Giovanni C and Sabrina R.  Giovanni C won a huge €22,851 while playing The Incredible Hulk slot game.  Sabrina R found her luck when playing Cherry Love, a Valentine’s day-themed slot that won her a snappy €20,675.  The next day, on the 13th, Antonio C played French Roulette and won €21,578.   Finally, on the 23rd of December, the player from Italy who took away the best money prize was Raffaele L, who won a whopping €67,295 while playing the Vacation Station slot game.

However, Italian players were not the only ones who scored big winnings at Casino Tropez, as two other lucky December winners were from the Iberian Peninsula.