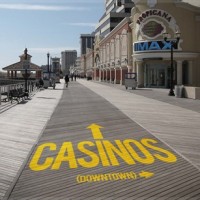 putimage();
?>
It is only a matter of time when Pennsylvania will surpass the state of New Jersey as the main gaming location in the Eastern portion of the US. March 2011 offered clear evidence that casino facilities in Pennsylvania are rapidly improving not only in stature but in gaming revenue as time went by.

During the month, casinos in the state produced more than fifty-four million dollars from casino table games alone. That is equivalent to a payment of more than eight million dollars to Pennsylvania for gaming tax revenues. State casinos pay 16% on gambling revenue.

Gaming Analyst Steve Schwartz said on April 18th, 2011 said that as players in Pennsylvania are becoming familiar with casino facilities and casino table games, the total amount being wagered by gamers is increasing.

Schwartz said that the improving reputation of casinos in Pennsylvania is also a significant factor, with players from other states travelling to Pennsylvania instead of going to New Jersey. He added that situation is alarming for casinos in Atlantic City (AC).

Legislators in New Jersey have started exploring options on how to help the struggling casino industry in the state. Atlantic City is still viewed as the 2nd biggest gaming location in the United States behind the Las Vegas Strip in Nevada but gaming analysts believe that the recognition will be awarded to Pennsylvania by the end of next year.

With gaming revenue in the state continuing to increase every month, the prediction of the gaming analysts will be realize sooner than later. Out of the ten casinos that are operational in Pennsylvania, Parx Casino offers the most number of casino table games, one hundred fifty games to date.

Harrah’s Chester Casino and Racetrack has 22 more casino table games compared with Sands but it had earned $10 million dollars less of gaming revenue.