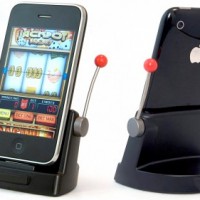 International Game Technology launched Phone Tag Slot, a game that will surely suit the interests of most casino players. This slot variation is themed after the idea that busy people today are finding it hard to have important telephone conversations with top-of-the-line and popular telephone technology providers from around the world. Because of the enjoyable and colorful graphics of Phone Tag Slot, many gamblers like to try this wonderful game in gaming establishments.

Phone Tag is a classic 5-reel slot machine with 15 thrilling pay lines. Aside from its pay lines, another special characteristic of this game is its bet limits. By making the maximum bet, which are 300 coins, players can already have the chance to take home the jackpot prize amounting 300,000 coins.

This slot machine offers two exciting bonus games that reward winning players with decent amount of bonus coins. To win big in the Gossip Extra Game as well as the Call Around the World Extra Round, it is necessary that players have an intensive background on the mechanics of these games. Hence, to help them maximize opportunities in the games, let us have a glance on the bonus rounds.

This bonus game starts when a player lands two or more of Phone Tag icons on any of the first three reels of the machine. A set of 12 characters as if making telephone calls appear on the screen. Each character bears a corresponding coin value. Players are required to pick one of the characters and the coin value that the character bears is added to the original payout of players. The bonus game continues until such time that a gossip monger character is chosen twice by gamblers. When this happens, the bonus game ends and whatever money they have accumulated until such time will be the total amount of bonus coins awarded. Aside from the normal bonus coins, they can earn additional coins during this bonus game when they get a multiplier that increases the winning by the multiplier’s factor.

The Call the World Game

When the call the world image appears two or more times on any reel, then this bonus game begins. A set of bonus icons will appear on the screen and the player must pick one. This icon comes in three types, namely no answer icon, busy icon and money symbol. When players get a money symbol they are awarded with whatever the value of the bonus coins. They are allowed to re-spin but will not gain or loss anything if a busy symbol appears. However, when a player unluckily gets a no answer icon, then it will replace a call the world icon. The game continues until the no answer icon replace all call the world icons.