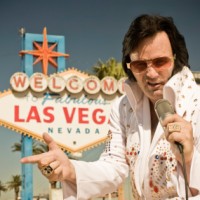 Sloto’ Cash casino and its affiliate program, Deck Media NV, will announce some interesting changes in its upcoming newsletters. The changes, expected to take effect in September, follow the decision of online casino software provider, Rival Gaming, to stop accepting new players from the United States. Other affliates of Rival Gaming must also make adjustments. For example, Affiliate Wide online casino are switching to Top Game software to fully facilitate the US Internet gambling market.

Although it has been indicated that a new live support will commence at Sloto’ Cash, other changes have not yet been made public. An e-mail to the affiliates stated, “We invite you to subscribe to our revamped weekly newsletters so you can stay tuned to all retention and conversion campaigns we are running for your active players and new potential customers.” These newsletters, issued by Deck Media, are an invaluable source of information in these unsettled times.

Despite the changes next month, Sloto’ Cash reassured its customers that it will continue to offer Rival Gaming games and existing American accounts will remain active without change.

Positive changes for Sloto’ Cash casino are welcomed following bad news from Deck Media earlier this year. They stated, “Unfortunately we have lost GATM eCheck processor, a major processor for Deck Media. A lot of money is owed to us by eCheck which appears to be lost at this stage.”

Deck Media absorbed the losses when it lost eWalletXpress and MasterCard, paying its affiliates full amounts without receiving funds from the payment processors. However, Deck Media was unable to absorb the eCheck losses. Affiliates who had earnings from eCheck deposits had to forgo the earnings.

With the upcoming changes, it is hoped everything will settle down at Sloto’ Cash online casino and other brands of Deck Media, including Desert Nights.